704: Pivoting Your Business and Podcast During a Global Pandemic 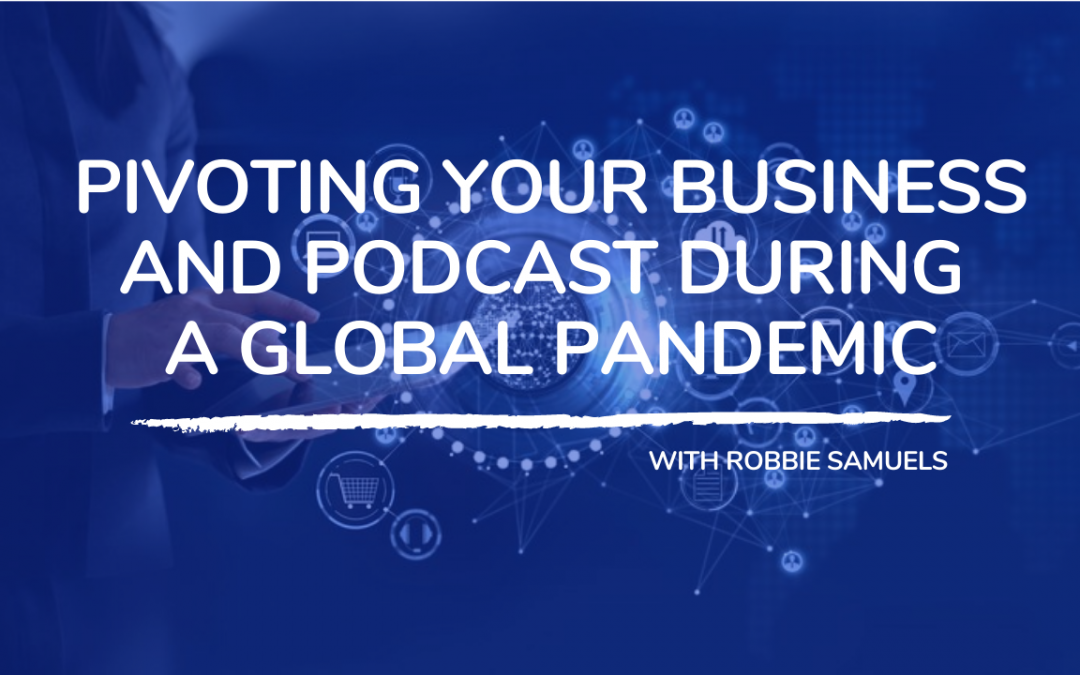 Today’s episode of Podcast Experiments features Robbie Samuels. Robbie is a virtual event design consultant and executive producer. Robbie is best known for his ability to network. He is a speaker, author and even had his own TEDx talk on networking.

Robbie had been focused on networking for over a decade. And then come March 9, 2020. All of the things that Robbie was known for seemed to have no value in the world. Things such as having eye contact, shaking hands, business cards, and body language. Suddenly, these skills were not super relevant. On March 11, Robbie was trying to figure out how to show up and add value. The next day, he wrote an article 9 Ways To Network During A Pandemic. One of those ways was to do a virtual happy hour. Robbie decided he was going to do it the next day. He did the first one on March 13, which was the day the world hit pause.

And he’s been hosting a virtual happy hour every week since. And from that he has launched an entirely new business. He has several new ways that he creates revenue, such as a four week certification program for people who are interested in getting better at Zoom. And he also helps events go online working with different organizations. He also still has a podcast. He has been doing a podcast for over four years, and is currently at over 200 episodes.

Using A Podcast To Market A Business

Robbie’s business has always been served by the podcast, but it is not directly how he makes money. He says that he is the sponsor of his podcast. He has his process streamlined by having a clear intro and outro that he writes out. Every episode actually starts with that. And that’s part of his marketing.

Robbie also has a VA, to help with the production of the show, like getting it onto libsyn. Then he had his VA  start using Meet Edgar and getting it posted on social media. Then he hired someone to do my show notes too.

His main focus is on lining up the guests and interviewing them. Robbie knows if he was in charge of all these other pieces, the podcast wouldn’t happen. And he wants his show to come out every single Tuesday.

Robbie says that one of the best benefits of podcasting is the networking aspect with the guests. He says that he has had amazing people on my show who normally wouldn’t take time to talk to him. Geography no longer matters. There is no commute at all when recording a podcast. He also says that he can then nurture those relationships so they are ongoing.

The second amazing benefit is that you can share your content. When you have regular content that you are able to share with your network that’s another really great benefit. Lastly, there’s the fact that he gets business, from his podcast.

Robbie would like to invite you to join him at the Virtual Happy Hour every Friday at 5 EST at nomorebadzoom.com You can find Robbie’s podcast On The Schmooze here. His website is robbiesamuels.com.

Special thanks to Robbie for sharing about his podcasting journey. I hope you learned as much from this interview as I did. Thanks for listening.