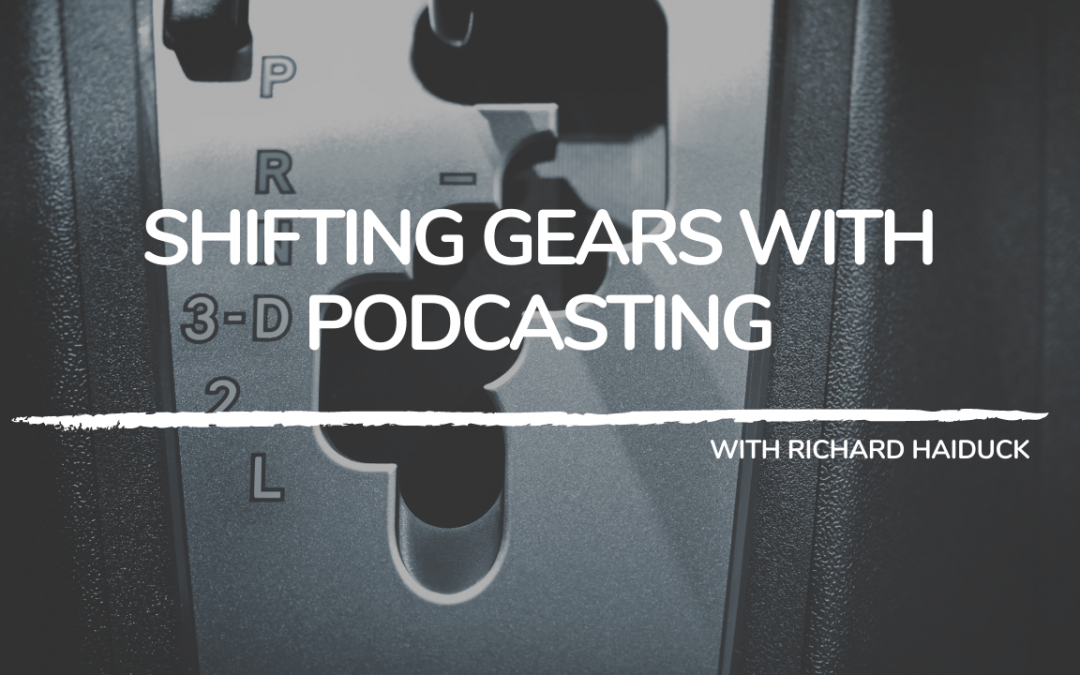 Richard Haiduck is a former life sciences executive and mentor, and is the author of the book, Shifting Gears. In this episode, We will talk about how we can utilize podcasting to help grow our business as well as how you can be a great podcast host and guest.

Go Where Your Audience Goes

It is important to hang out wherever your audience hangs out. That’s a great way to meet them and interact with them. For example, Richard is a part of several Facebook groups for retirees or baby boomers. There are about a dozen different groups focused on this demographic and focused on the topic of what you to do during retirement.

He is very active in those groups. Richard is also a guest blogger on websites that have about 200,000 subscribers. Using these opportunities, Richard’s content is broadly distributed.

Richard says that he interviewed about 75 retirees which gave him approximately 800 pages of transcript. He has a half a dozen interviews about someone who had a spiritual experience and  shared about it at a deep emotional level. There are others that are about physical conditioning. There was one individual who ran his 19th marathon and almost did it. And he almost collapsed over the finish line.

Others interviews focused on business, leadership and social impact. Others were about volunteering for organizations. Through the process, Richard was able to cover a lot of different stories and share a variety of perspectives.

Richard says that he views all promotion is good promotion. So the more different things he can do, the better. He doesn’t want to be known as  just the Facebook guy or just the LinkedIn guy or just the podcast guy. Rather, he wants to have content available in multiple places simultaneously. It’s important to have a diverse content mix so people can find your content in a variety of ways.

A friend of Richard’s told him to get involved in podcasting. She told him that you just show up, and you tell them what you want to tell them. They take care of everything. She recommended he try it out. So a few months before his book launched, Richard started sending out requests to various podcasters. He also used some organizations that provide leads such as Poddit.

The more podcasts you do, the more practice you get with storytelling. Podcasting is a learning experience. There is even more information included in this insightful episode about reaching your audience, writing a book and promoting a book. I highly recommend you listen to it. You can pick up Richard’s new book, Shifting Gears, here on Amazon.