709: Using Your Podcast to Pivot Your Business 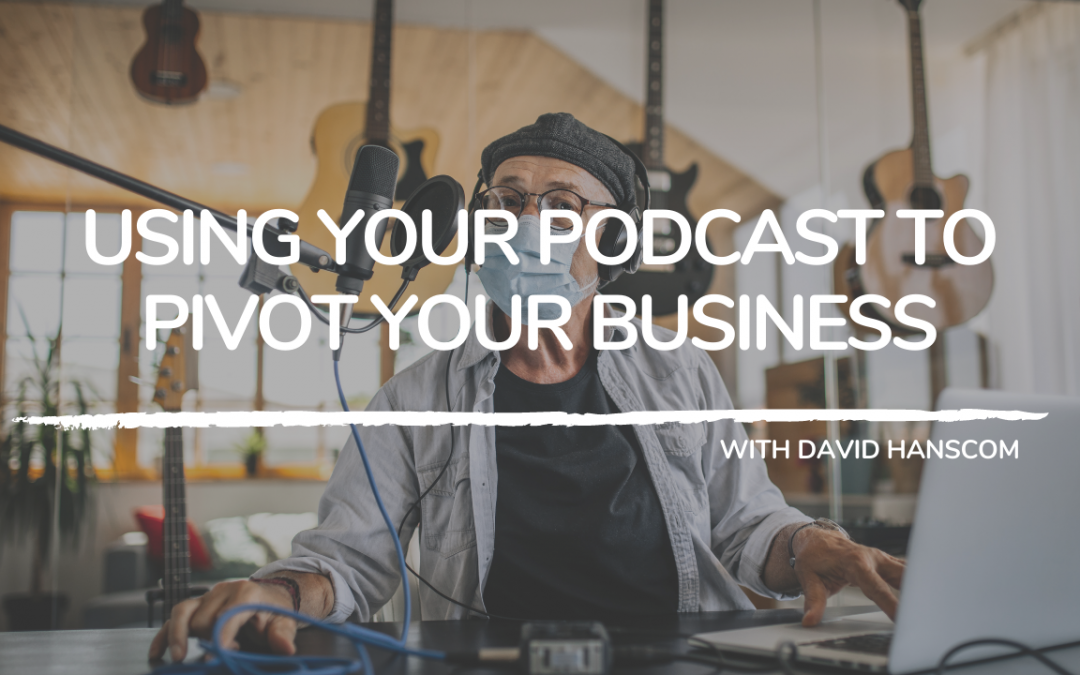 Today’s episode of the Podcast Experiment features David Hanscom. David has an entertainment company that provides DJs, photo booths and more for weddings and corporate events. David has also been featured on television, radio programs, industry magazines, as well as selecting the headlining talent at events such as Super Bowl XXXIX.

While we all face  different struggles and challenges in life, when we engage in conversation, we learn more about each other. We can see that the challenges a DJ has are not very different from the challenges of a restaurant who suddenly has to cut their capacity of guests by half or down to 25%.

One of the things that David always wanted to do was to find a way to give back to the industry. He says a lot of amazing people mentored him and guided him especially in the early years. Even now, he still looks to these people for help and guidance.

The Benefit Of Doing Live Shows

David says that sometimes when you do a podcast, it feels like being on a one-way street. Occasionally, you’ll get comments on your podcast or somebody might reach out to you, but the communication is not instant. That’s one of the clear benefits of doing a live show. You can have direct interaction without delay. And that is quite powerful. Another one of the really cool benefits is having a different guest every week. That created a drive in me to keep going out and finding new, interesting people to bring on board.

And number two, I think it’s helped me to, understand the importance of kind of this symbiotic relationship where one person is not doing all the talking all the time and make it more of a communication and less of a presentation, if

The Power of Pivoting

Historically, we have seen big companies that have gone out of business because they did not pivot. For example, Blockbuster went out because they did not change their business model when Netflix came along. A modern business needs to be able to pivot and adapt to the wants and needs of the customers.

David has stayed relevant within his industry because of pivoting. Through content creation, David has been able to educate people and to engage in healthy conversations on a regular basis. Podcasting and live streaming has given him the opportunity to start laying the foundation and planting the seeds for the future. This concept is the same as if you were making investments. It’s not always a direct line from making a podcast to money in your pocket. Rather, it’s more of cultivating those relationships and being able to make those connections.

There is even more information included in this insightful episode. I highly recommend you listen to it. You can connect with David at his website or on Facebook, Twitter or Instagram.  Thanks so much for listening to the Podcast Experiment and for being a part of this community. Special thanks to Richard for being a guest.